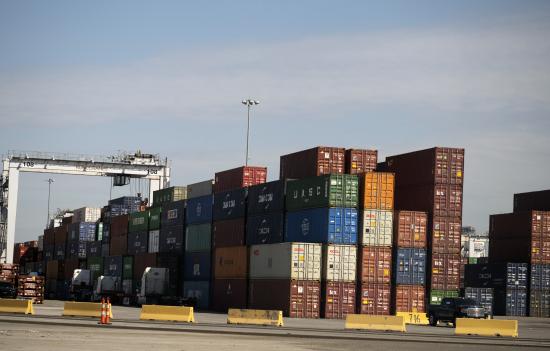 To mitigate the impact of war in Ukraine on global food supplies, the G7’s agriculture ministers called on all nations to keep their trade channels open and to guard against unjustified limits on exports. “We will not tolerate artificially inflated prices that could diminish the availability of food and agricultural products,” said the ministers in a statement after a special meeting convened via the internet.

Commodity prices surged following the Russian invasion of Ukraine on February 24, with wheat futures prices setting record highs last week. Russia and Ukraine are two of the world’s largest exporters of wheat and also are important sources of corn on the world market. The two nations could be out of the market for months. The war could interfere with Ukrainian crop production this spring.

“We call on all countries to keep their food and agricultural markets open and to guard against any unjustified restrictive measures on their exports,” said the Group of Seven ministers. “Any further increase in food price levels and volatility in international markets could threaten food security and nutrition at a global scale, especially among the most vulnerable living in environments of low food security.” They said they would “fight against any speculative behavior that endangers food security or access to food for vulnerable countries or populations.”

The ministers were joined at the “extraordinary” meeting by leaders of the FAO, the World Food Program, and the Organization for Economic Cooperation and Development, as well as Ukraine’s agriculture minister. G7 members are Canada, France, Germany, Italy, Japan, Britain, and the United States.

World wheat supplies will tighten in the months ahead, says the USDA. Exports from Russia and Ukraine will be a combined 7 million tonnes smaller than expected before the invasion, it said. A record-large harvest in Australia and larger-than-usual sales by India would offset the loss partially.

“The Russian invasion is a large shock for agricultural commodity markets, but not historically large,” wrote agricultural economist Aaron Smith of UC-Davis. In a blog post, Smith said, “The U.S. government should not incentivize additional production in response” to the invasion. The senior Republican on the Senate Agriculture Committee has suggested, “should conditions in Ukraine continue to deteriorate,” part of the 22-million-acre Conservation Reserve could be used as pasture for livestock or tilled for crops this spring.

“Farmers around the world will produce more and consumers will cut back or substitute,” said Smith. “The transition may be difficult in some places, especially countries such as Egypt that typically rely on wheat from Russia and Ukraine. Helping such countries find alternate suppliers would be better policy than suspending CRP or RFS.”

Poorer nations, such as Yemen, “will need a lot of assistance if they are to meet food needs,” said economist Joe Glauber of the IFPRI think tank. Given time, world grain production will expand, he said on social media, but the longer that war disrupts Ukrainian production, there will be large fiscal burdens on governments that want to keep domestic food prices low and on humanitarian relief organizations.