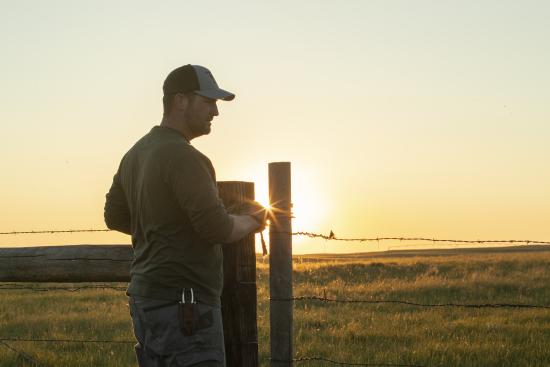 As the week marches on, be sure to catch up on the latest news.

From precision spraying to youth safety on the farm, these are today’s headlines.

The strategy teams machine-learning algorithms with computer vision to enable “green-on-green” spraying that distinguishes between weeds and crops in-season.

The report also revealed that cropping patterns have changed over the years in response to climate, policy, trade, renewable energy and prices, presenting a nutrient management challenge.

The Russian invasion of Ukraine will slash wheat exports from the countries by a combined 12%, said the Agriculture Department on Wednesday in an initial assessment of the short-term impact of the war.

Nations from Europe to Asia and Africa will import somewhat less wheat in coming months in the face of higher prices and reduced supplies from the Black Sea region, it said.

Editor Dave Kurns checks in from Commodity Classic this week. He writes, “This year, Cory Bratland, chief grain strategist for Kluis Commodity Advisors, pitched in to share his insights on the current run-up in prices; the global trade situation; and more.”

Check out this article for four factors currently driving the huge rally markets.

If you are looking to upgrade backhoe loaders, be prepared to wade through a proliferation of accessories and options employed by manufacturers to “niche out” their machines, writes Editor Dave Mowitz.

Whether you are a repeat or first-time backhoe buyer, you’ll need to determine exactly what capacities you require before heading to an auction or dealer’s lot because the array of models available can be confusing.

Editor Laurie Bedord writes about the new direction John Deere is taking as it looks to the future of agriculture and how it can best support farmers.

As part of its plan, Deere wants to increase its digitally engaged acres from more than 315 million to 500 million worldwide, with 50% highly engaged by 2026, across 1.5 million connected machines.

The company also wants to help farmers improve nitrogen use efficiency 20% by 2030, which is a good indication of where the company will be focusing its “sense-and-act” investments in the coming years.

Editor Madelyn Ostendorf writes that all flocks have been depopulated.

Safety on the farm

According to the Agricultural Children Safety Network, tractors are responsible for 41% of accidental farm deaths of children under 15. According to the National Children’s Center, approximately 650 people die in ATV/UTV incidents each year, with up to 50% of these incidents involving children.

The risks are real. Read this article to learn more about safety for youth on the farm.