What farmers should know about carbon markets 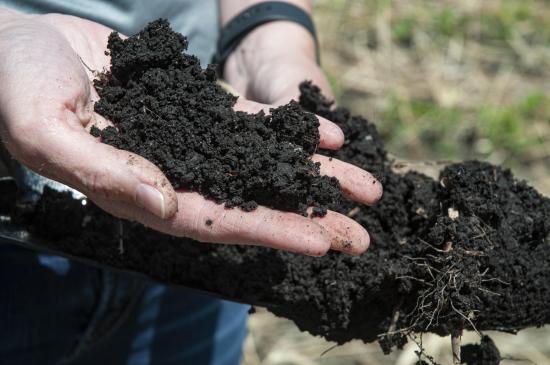 Tom Oswald pulls out a water bottle at a packed carbon market session sponsored by Agoro Carbon held earlier this month in New Orleans at the Commodity Classic.
“It says on the side of the bottle that it’s a carbon neutral product,” says the Cleghorn, Iowa, farmer. “So that means someone thought they would increase the value of this water by putting carbon neutral [on the bottle]. So, if you don’t think they [carbon markets] are real, they’re real.”

These days, farmers must feel like they can’t swing a proverbial dead cat without hitting a carbon market offer. Firms plan to pay or are paying farmers to farm or raise livestock in ways that sequester greenhouse gasses—carbon dioxide, nitrous oxide, and methane—that fuel climate change. These companies coordinate with myriad businesses selling everything from carpeting to coffee in an attempt to claim the mantle of carbon neutrality.

“It’s almost the Wild West, where there’s a new company getting involved that wants to buy your [farmer] carbon credits,” says Justin Bash, CEO of Ag Consulting Group who also farms in northern Kansas. “I just talked with one customer and over the last two weeks, six companies have contracted him about enrolling in a carbon program.”
Kelly Garrett, who farms with family near Arion, Iowa, has been an early adopter of carbon markets. The Garrett farm was the first U.S. farm to sell carbon credits on the open market on 2020 through the Nori carbon marketplace, he says.
The Garrett farm includes no-till and cover crops as tools to boost soil health.  For Garrett, carbon markets represent another revenue stream on top of soil benefits that result from such practices.
“I believe this is the right way to farm,” he says. Autumn Marger, who farms with her family in Parke County, Indiana, and is also a crop insurance agent, has participated in carbon markets through Truterra for five years. “Our local agronomist that we have known for a long time contracted us and thought it would work on our farm,” she says. “My husband and I looked at it, and these were practices we were already implementing or had started to [adopt] in the past few years.”

A 2021 Purdue University study of 1,600 farmers found 36% of all farmers are aware of opportunities, with only 1% of farmers having signed a carbon contract. That leaves around two-thirds of farmers who were unfamiliar with carbon market opportunities.
“Lack of information is probably the biggest obstacle for lot of farmers right now,” says Marger.
Oswald cautiously views carbon markets, and has not yet signed a contract.
“I’ve been following the issue of carbon and soils for a long time,” says Oswald. He’s practiced conservation tillage, such as no-till and strip till, since the early 1990s. This gives him a competitive advantage, even without carbon payments, he says.
“Right now, the hurdle I have is I can’t find what I consider reliable long-term measurements of carbon,” he says. Thus, carbon market commerce is basically being conducted without a standard, he says.
“Even if we don’t have perfection in P [phosphorus] and K [potassium sampling], at least we know that when the floater goes over a field, it’s putting on some P and K,” he says. “I really can’t tell you the amount of carbon that is being put into the soil that may be expected under a contract.”

Still, Garrett believes this shouldn’t dissuade farmers from evaluating carbon markets. Soil tests for nitrogen (N), P, and K are not completely accurate, either. “I wish I had a better tool for measuring N, P, K, and carbon, but it just doesn’t [currently] exist,” he says.

Companies vary according to how they pay for carbon. Some firms pay solely on carbon-friendly practices, such as no-till and/or cover crops.
“Some companies will come out and take a soil test,” says Garrett. “Other companies will go [pay) off an algorithm. They will want to look at your yields, they want to look at your rotation, they want to look at your soil type.”
Farmers aren’t typically fans of government involvement in agriculture, but it may be needed in carbon markets, says Oswald.
“Personally, I’m not a fan of over regulation, but this is an area that needs some standards,” says Oswald.
Current carbon payments are another knock against current markets. In many cases, U.S. farmers are paid $10 to $15 per acre in these programs.
“The United States is a voluntary system and we’re competing against forestry credits, which are much, much cheaper for the buyer than agricultural credits,” says Bash.
Farmers are paid more for carbon credits in Canada due to government support, he adds. “I think most people here would like their credits to be worth more, and they’d also like the government not to be involved, but you can’t have it both ways,” he says.

Carbon contracts widely vary in length and specifics. Some go year-by-year, while others extend 10 years or more. Exit strategies also vary between them.
Another knock against some carbon programs is that farmers who have practiced conservation tillage for decades are ineligible for payments. Some programs, though, backdate for conservation practices prior to the contract year.
Bash says it’s important to work with a firm that understands production agriculture.
“What I have found is that if you get the right partner and sit down with them and explain your situation, you’d often be surprised that that you are eligible,” he says. “It’s at the early stages of this market, but there is zero reason why there will not be different qualities of carbon sequestered.”
Thus, farmers who have historically farmed with conservation practices may find a fit in carbon markets, he adds. Eventually, carbon payments could be part of a bundled payment based on water conservation, nitrogen efficiency and other environmentally friendly practices, says Oswald.
All this focuses on the importance of carbon in an agronomic system, says Garrett.
“We’re pretty worried about our N, P, and K, and the most important element that you can put in soil is carbon,” he says. “That’s what makes the N, P, and K work. Retail ag can’t sell you the carbon. So, they don’t really talk about it as much, and you [farmers] don’t think about it.”