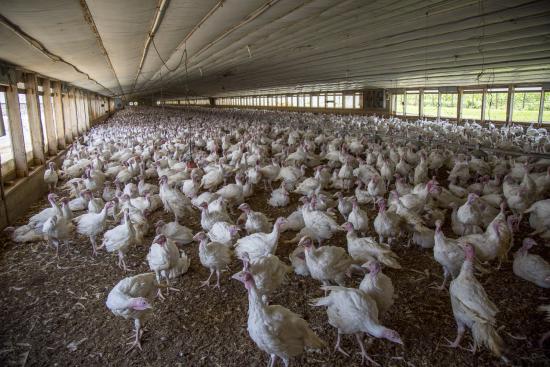 As bird flu losses topped 35 million fowl, Agriculture Secretary Tom Vilsack said on Thursday that the USDA has paid about $146 million in indemnities to poultry owners, with an additional $263 million available. “That’s about half of where we were in 2014-2015 with the last outbreak,” he said, referring to the epidemic of highly pathogenic avian influenza (HPAI) that killed more than 50 million egg-laying chickens and turkeys.

“Hopefully, with warming temperatures, we will see abatement of this virus,” Vilsack said at a House hearing. “We’re going to continue to focus on rapid detection, quick quarantine, and depopulation and disposal” of infected flocks.

More than 27 million laying hens have died of “high path” bird flu or in the culling of flocks, accounting for three-fourths of U.S. losses since the first outbreak was confirmed on Feb. 8. The latest discovery of HPAI was on an egg farm with 2.1 million hens in northeastern Nebraska’s Knox County, about 50 miles west of Sioux City, Iowa.

Federal law allows the USDA to indemnify owners for the loss of birds or other items destroyed during an animal health emergency. It can also share the cost of controlling and eradicating HPAI. The disease can wipe out a flock quickly, so agricultural officials are ruthless in killing infected flocks in hopes of preventing its spread.

Animal rights activists have targeted Glen Taylor, owner of Rembrandt Foods, for the method employed to kill 5.3 million hens at his egg farm in northwestern Iowa — shutting off the ventilation system and turning up the heat in the egg barns. “They cooked those birds alive,” said a worker, according to The Guardian. It was the largest culling in the country. About 250 workers lost their jobs after they had emptied the barns of dead chickens, reported the newspaper.

Other methods for culling flocks include drowning the birds in foam and pumping carbon dioxide into barns.

To watch a video of the House Appropriations subcommittee hearing, click here.