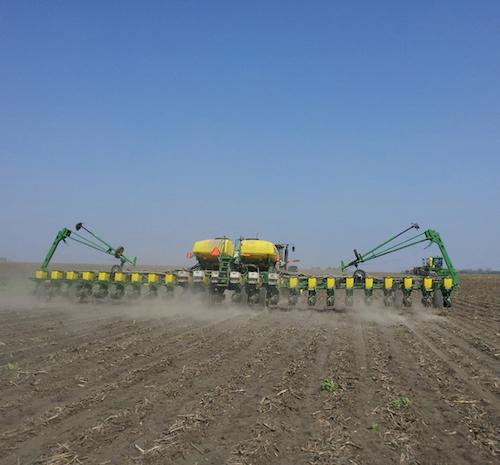 With every passing hour of every passing day, the stress of delayed corn planting begins to weigh on the corn producers of the nation.

But for several days, at least, there’s plenty of time to get the 2022 crop planted, according to Brent Tharp, technical product manager at Wyffels Hybrids.

“The Corn Belt has about a four-week window that is described as the ‘optimal’ planting date for maximum yield performance. For most of the Central Corn Belt, this window is around April 20 through May 15,” Tharp wrote in a bulletin dated April 26. “After this window yield potential can start to decrease, but it’s important to remember that planting date is just one factor in final yield, and the effect is not the same every year.”

Planting date accounts for only about 12% of yield trend variability from year to year, according to Purdue University.

Bob Nielsen, retired corn production specialist at Purdue, says there are many other factors that influence yield, and that planting date is just one of them.

Since delayed planting by itself is no guarantee of lower absolute grain yield, I see little reason to change any crop inputs because of delayed planting, other than possibly seeding rates,” Nielsen says in an entry on the Corny News Network.

“Significantly delayed planting generally coincides with warmer soil temperatures compared to early planting. Consequently, stand establishment may be more successful with delayed planting, resulting in established plant populations that are closer to actual seeding rates than the usual 90% to 95% success rate with earlier planting dates. So, you might consider slightly reducing your seeding rates if planting is delayed out toward late May or beyond,” he says.

Stick with the hybrid

With planting season off to a later-than-normal start, growers may be tempted to change hybrid maturity dates. Tharp suggests sticking with the original hybrid intentions until at least the end of May.

“The original hybrids in your planting plan were chosen because they provide the best chance to maximize productivity in your fields and environment. Also, take into account the yield advantage of later hybrids,” he says. “Ten years of data collected from Wyffels research trials finds an advantage of 1.9 bushels per day of later relative maturity. Switching to an earlier maturing hybrid will lower your yield potential regardless of planting date.”

Weather conditions following planting will likely have a greater impact on final yield than planting date, Tharp adds. Corn will adapt to delayed planting by decreasing the number of growing degree units (GDUs) required to reach black layer, which is physiological maturity.

For example, a hybrid that requires 2,600 GDU to black layer planted on May 1, will require approximately 2,520 GDU if planting is delayed to May 20. This adjustment to a shortened growing season allows hybrids to maximize production even when planted past the optimum window.