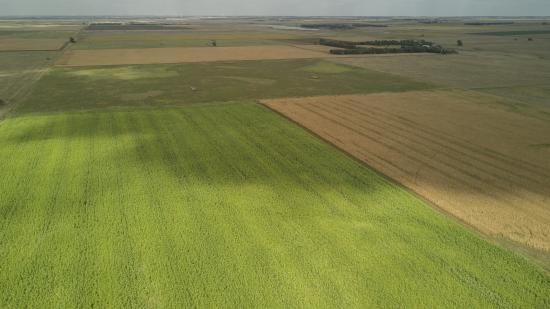 Landowners told the USDA they will take 1.7 million acres out of the long-term Conservation Reserve and put it back into crop production, betting on profits from sky-high commodity prices. This year’s “general sign-up” for the reserve would also bring the smallest amount of land into the reserve since it was created in 1985, the USDA said Tuesday.

The shift toward crop production complicates the Biden administration’s goal of relying on conservation lands to help slow global warming by sequestering carbon in plants and the soil. USDA had aimed to expand the Conservation Reserve to this year’s cap of 25.5 million acres from its current 22.1 million acres.

“Our conservation programs are voluntary and at the end of the day, producers are making market-based decisions as the program was designed to allow and encourages,” said Agriculture Secretary Tom Vilsack.

There is turnover every year in the reserve: Long-term contracts expire on some land and new land is enrolled as the result of sign-up periods. Other land cycles in and out through so-called continuous enrollment, a program that is available year-round for high-priority work such as buffer strips along streams or windbreaks along the edge of fields.

Contracts were due to expire on 4 million acres on September 30. The USDA said on Tuesday it had secured 2.1 million acres for the reserve. Some 1.7 million acres came from re-enrollment of land that entered a decade ago through a general sign-up. The rest, a bit more than 315,000 acres, was land offered during the general sign-up that ended on March 11, when entire fields could be enrolled.

But landowners also decided that 1.7 million acres with expiring contracts would return to crops.

High crop prices are the primary reason for the decline in new enrollments and re-enrollments, said Pat Westhoff of the FAPRI think tank at the University of Missouri. Last year, FERN also wrote about how high prices were driving farmers in the Great Plains to plow up vital grasslands at the expense of carbon storage and biodiversity.

Some analysts say the Conservation Reserve Program, with three elements, has become something of a working lands program because its grasslands option protects rangeland and pasture and the projects eligible for continuous enrollment complement farm production.

“We’ll see how continuous sign-up goes, but it will be subject to some of the same pressures” as general enrollment, said Westhoff. “Grassland CRP is a very different program, and one where crop prices are only marginally relevant. There could still be a big sign-up for grassland CRP… but new grassland CRP acres will have little impact on crop production.”

Under the Conservation Reserve, landowners are paid an annual rent if they agree to idle environmentally sensitive land for at least 10 years. The reserve, by taking marginal land out of production, is intended to reduce soil erosion, enhance water quality, and protect wildlife habitat.

Land accepted during the general sign-up offered a low level of environmental benefits, with an average score of 184 out of a possible 545, according to USDA documents. The USDA accepted most of the new land that was offered.

“They were willing to take anything,” said Ferd Hoefner of the National Sustainable Agriculture Coalition. He said the USDA seemed desperate for land when high commodity prices were certain to reduce pull land out of the reserve. “The amount of environmental benefits would be overwhelming,” said Hoefner, if USDA focused in the near term on Conservation Reserve practices that would reduce runoff into streams, lakes, and rivers.

A sign-up period for the Grasslands option opened on April 4 and ends on May 13.

Click here for the USDA homepage for the Conservation Reserve.