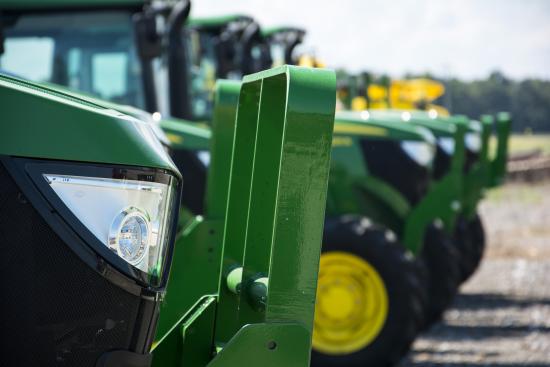 The world’s largest farm equipment maker, Deere and Co., unlawfully forces farmers to pay a Deere dealer when their tractors or other equipment break down, said farm groups in a “right to repair” complaint filed with the Federal Trade Commission on Thursday. The FTC said last year that it would ramp up its law enforcement against repair restrictions that prevent small businesses, workers, and consumers from fixing their own products.

The 43-page complaint by the National Farmers Union, six affiliates, Farm Action, and four consumer groups asked the FTC to order Deere to end its “policy of withholding from its customers diagnostic software and other information necessary to repair Deere equipment they own.”

Deere said in 2021 that it would make the software tools and manuals available to customers, but it still requires them to use a Deere-authorized technician for many common repairs, said the complaint.

“Manufacturers have far too much control over what farmers are allowed to do with their own equipment,” said NFU president Rob Larew. “These restrictions are costly in terms of time and money. The Federal Trade Commission should take action to ensure that farmers and independent mechanics have the freedom to fix their equipment in a timely and cost-effective way.”

“John Deere does not support the right to modify embedded software due to the risks associated with the safe operation of equipment, emissions compliance, and engine performance,” said Passman.

More than half of the large tractors and combines sold in the United States are made by Deere, making it the dominant force in the U.S. agricultural equipment market, said the law firm Fairmark Partners in filing the complaint. “Not satisfied with dominating just the market for equipment, Deere has sought to leverage its power in that market to monopolize the market for repairs of that equipment, to the detriment of farmers, ranchers, and independent repair providers.”

The U.S. Public Interest Research Group, one of the complainants, said that getting repairs done was becoming more difficult because of mergers among Deere dealerships that result in fewer options for farmers when they need service on their tractors. “The average Deere chain has about eight sites. … There is one John Deere dealership chain for every 12,018 farms and every 5.3 million acres of American farmland,” said a U.S. PIRG report.

“The FTC’s enforcement power means that it can immediately force the company to make needed tools available. Repair relief for farmers could be right around the bend,” said Kevin O’Reilly, director of U.S. PIRG’s right to repair campaign.

Right to repair has been a growing issue more generally, fueled by complaints about smartphones, computers, cameras, coffee makers, and other products that contain microchips and specialized software.

“The executive order is considered a significant win for right-to-repair advocates,” Wired said at the time. “Groups like the U.S. Public Interest Research Group and the repair-kit seller iFixit have argued for years that tech consumers and large equipment buyers should have better options for repairing their devices.”

The executive order included 72 specific points of action. One-fifth of them were to be the responsibility of the USDA, and were intended to rejuvenate the livestock, seed, fertilizer, and retail food markets. Biden said the executive order was part of his drive for long-term economic growth after the pandemic recession.

Less than two weeks after Biden signed the order, FTC commissioners voted, 5-0, to “ramp up law enforcement against repair restrictions.” The FTC, an independent agency, said it would consider seeking injunctions against unfair restrictions on repairs, examine whether repair restrictions violate antitrust laws, and assess whether the restrictions amount to unfair practices.

The FTC complaint is available here.