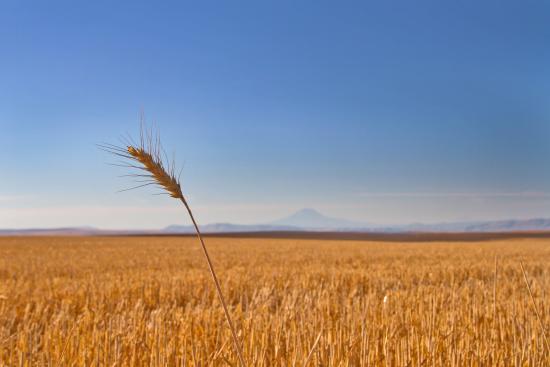 Wheat and corn futures plunged in overnight trading as a fourth round of talks between Russia and Ukraine are set to begin.

The sides will meet virtually in a bid to end Russia’s attacks on Ukraine that have lasted almost three weeks.

Russia’s attacks on Ukraine have escalated with airstrikes reported in Lviv, a city in western Ukraine. Explosions were again reported in the capital city of Kyiv and officials have estimated more than 2,500 people have died in the city of Mariupol.

Money managers who were long the market, or had bet on higher prices, likely are selling contracts and booking profits after the recent run-up in prices.

Futures, however, are already down $2 from highs set a week ago.

Investors will keep an eye on the talks between Russia and Ukraine as the two are the respective first- and third-largest exporters of wheat in the world. Australia is the second-biggest and the U.S. is the fourth-largest shipper of the grain.

Speculators raise their net-long positions, or bets on higher prices, in corn futures to the highest level in five weeks while reducing bullish bets on beans, according to the Commodity Futures Trading Commission.

Investors in the seven days that ended on March 8 held a net-355,824 corn futures contracts, up from 337,221 contracts a week earlier and the largest such position since February 1, the CFTC said in a report.

That’s down from 166,058 contracts a week earlier and the smallest bullish position since February 1, the government said.

In wheat, investors turned bullish on soft-red winter futures, holding a net-long position of 21,757 contracts. That’s a shift from a net-short position, or bets on lower prices, of 8,843 contracts a week earlier and the largest bullish position since August 17, the agency said.

For hard-red winter wheat, speculators held 44,396 futures contracts last week, down slightly from 44,807 contracts a week earlier, the CFTC said in its report.

A net-long position indicates more traders are betting on higher prices, while a net-short position means more are betting futures will decline.

3. Wind, Dry Weather Forecast For Much of Southern Plains

Wind advisories have been issued in much of the southern Plains today along with fire-weather watches as strong winds and low humidity put the area at risk for wildfires, according to the National Weather Service.

Winds in parts of the Texas and Oklahoma panhandles are expected to be sustained from 25 to 35 mph, the NWS said in a report early this morning.

Gusts of 50 mph are forecast starting this morning and lasting through the evening, the agency said.

“Gusty winds will blow around unsecured objects,” the NWS said. “Tree limbs may be blown down. Expect strong crosswinds on area roadways.”

Relative humidity in the area will drop as low as 13% today, leading to a fire-weather watch in the area.

Dry weather also is expected to be an issue this week in western and central Nebraska, the agency said.

“Weather could become favorable for rapid fire growth and erratic fire behavior,” the government said. “Fires may quickly become out of control.”